The Edwards Twins – the Ultimate Variety Show! Held at the KOH

Remember all the wonderful Variety shows we all grew up on in the 70’s & 80’s? Now is your chance to see them live and re-created by Las Vegas’ number one impersonators of all time. All your favorite legendary Superstars come alive in An Evening with The Stars. The NBC Today show says “it’s one of the most extra­ordinary shows we have ever seen.” Sonny & Cher, Billy Joel, Elton John, Neil Diamond, Lionel Richie, Stevie Wonder, Ray Charles, Lady Gaga, Celine Dion, Rod Stewart, Bette Midler, Barbra Streisand, Andrea Bocelli, Tom Jones, and many many more hosted by THE EDWARDS TWINS FROM LAS VEGAS. All live vocals Each Star sings their number 1 hits as well as of your favorite Songs …

In a world of tribute shows and impersonators there is NO other show like The Edwards Twins … PERIOD!

Twin brothers Anthony and Eddie Edwards are the country’s premiere Celebrity Illusionists! Utilizing the latest Hollywood grade make up and prosthetics as well as the fashion designers of the stars themselves- the end result is a non-stop parade of stars on stage that are all at once AMAZING, FUNNY and ENTERTAINING. As one newspaper review noted “they bring such love and attention to recreating celebrities that in many ways it’s better than watching the real thing!”

The Brothers have been seen on shows such as The Tonight Show, Entertainment Tonight, The Today Show, Ellen and currently appear in the “Kominsky Method” with Michael Douglas and Alan Arkin. The Edwards Twins perform over 250 shows per year around the country and the world. They recent performed 10 packed shows at The World Casino in Singapore and tour the state of Florida to sold out audiences from January until April annually. 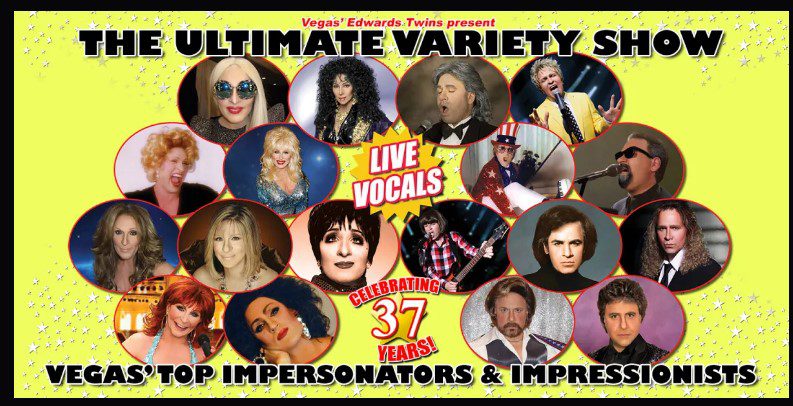