The Western District at the King Opera House 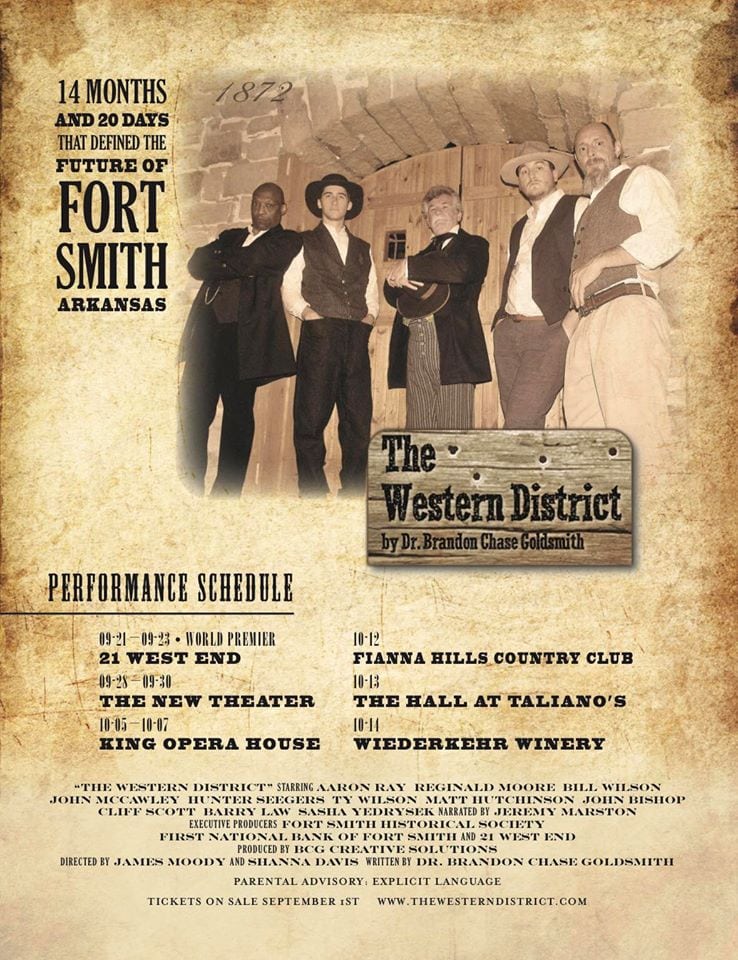 On May 8th, 1871 the Western District Court of Arkansas was moved from Van Buren to the location famously known as Fort Smith’s “Hole in the Wall” saloon, a site that is today occupied by the restaurant, 21 West End. In only fourteen months and twenty days it becomes the most corrupt courthouse in the entire United States. My play, The Western District, takes place during that time period and reveals the true, never before told, story behind the founding of First National Bank and the real reasons why Judge Parker came to the Fort Smith.  Tickets can be purchased here.