Everything you need to know about Van Buren, Arkansas

Modes of transportation serving the county include I-40 and I-49, the Arkansas River Navigation System, three class one railroads and one short-line railroad, and the Fort Smith Municipal Airport.

As of 2018, the city of Van Buren’s population was 23,691 residents, Crawford County’s 63,406, and for the five-county Fort Smith Metropolitan Statistical Area (MSA), of which the city and county are a part, 282,318. North and adjacent to the Fort Smith MSA and Crawford County is the Northwest Arkansas MSA with a 2018 population of 549,128. (https://en.wikipedia.org/wiki/Arkansas_metropolitan_areas) 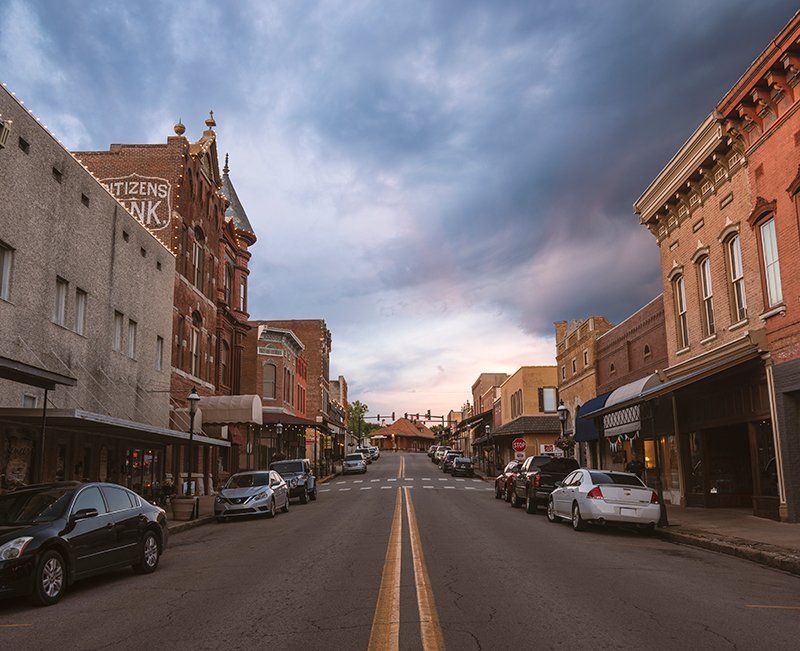 As a designated historic district, capital and fixed-asset improvements made to the district’s historic structures can qualify owners for partial recovery of their expenditures through the federal and state governments’ rehabilitation tax credit programs. These programs offer, respectively,

of the total amount spent for CAPITAL IMPROVEMENTS.

For more information about these programs, contact the city’s planning department at (479) 471-5006

Important contributors to Downtown Van Buren’s past and current vitality and success is the city of Van Buren’s support through its investments in and maintenance of downtown improvements – such as parks, streetscape, parking and seasonal decorations – and its aggressive promotion of downtown to visitors by its Advertising & Promotion Commission. For information on city government and its A&P Commission, go to: vanburencity.org and vanburen.org.

In addition, Van Buren Original (VBO), a non-profit organization with a focus on enhancing Van Buren’s central city, has brought stakeholders together to plan, advocate for and coordinate development in ways that benefit not only downtown business owners but, most important, assure that the downtown is a positive contributor to the greater community and the entire Van Buren-Fort Smith region as a unique, quality of place asset. VBO also maintains current information on the occupancies and vacancies of Downtown properties and the availability of properties for sale or lease. For property availability information go to the Properties page.

For more information about Van Buren’s and the region’s economy and economic development, go to: vanburenchamber.org and fortsmithchamber.org.